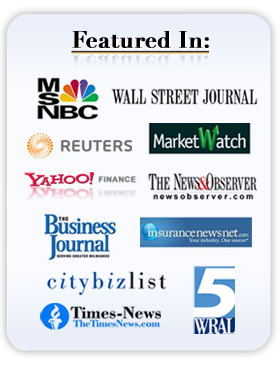 A star athlete in high school and linebacker at N.C. State, Cowher played five years in the NFL before taking an assistant coaching job under Marty Schottenheimer with the Cleveland Browns in 1985. He was the Browns' special teams coach in 1985-86 and secondary coach in 1987-88 before following Schottenheimer to the Kansas City Chiefs in 1989 as defensive coordinator. Cowher succeeded Chuck Noll as Steelers head coach in 1992.

Under Cowher, the Steelers improved to 11-5 from a disappointing 7-9 season the previous year. In 1995, at age 38, he became the youngest coach to lead his team to a Super Bowl, losing 27-17 to the Dallas Cowboys. Cowher was only the second coach in NFL history to lead his team to the playoffs in each of his first six seasons as head coach, joining legendary Cleveland Browns coach Paul Brown. He is one of only six coaches in NFL history to claim at least seven division titles. Under Cowher, the Steelers never had two consecutive losing seasons.

"When you look at National Agents Alliance, there's no question that they embody the very fiber in my opinion of what this country has been built on, and that's opportunity and hard work."

Richard Morgan Fliehr, better known by his ring name, Ric Flair, is a retired American professional wrestler. Also known as "The Nature Boy," Flair is among the most well-known wrestlers in the world, has been one of wrestling's biggest stars since the late 1970s and is considered by many as the greatest wrestler of the modern era of professional wrestling. Flair is recognized by World Wrestling Entertainment (WWE) and Pro Wrestling Illustrated (PWI) as a 16-time World Heavyweight Champion, although his actual tally of world championship reigns varies by source. In World Championship Wrestling (WCW), he also had two stints as a booker from 1989-1990 and again in 1994.

John C. Maxwell is an internationally recognized leadership expert, speaker, and author who has sold over 13 million books. His organizations have trained more than 2 million leaders worldwide. Dr. Maxwell is the founder of INJOY, Maximum Impact, ISS and EQUIP, an international leadership development organization working to help leaders. It is involved with leaders from more than 80 nations. Its mission is to see effective Christian leaders fulfill the Great Commission in every nation.

Lou Holtz was born on January 6, 1937 in Follansbee, West Virginia. He is an author, television commentator, motivational speaker, and most notably a former NCAA football and NFL head coach. Holtz is the only coach in NCAA history to lead six different programs to bowl games and the only coach to guide four different programs to final top 20 rankings. His overall NCAA record is 249-132-7. He led Notre Dame to winning the National Championship in 1988.

He is also a multiple winner of Coach of the Year honors. After growing up in East Liverpool, Ohio and graduating from East Liverpool High School, Holtz attended Kent State University. He is a member of the Delta Upsilon Fraternity, played football, and graduated in 1959. Over the years, Holtz has become known for his quick wit and ability to inspire players. His football pep talks are well-known. In 2005 Holtz joined ESPN as a college football analyst. On May 1, 2008, Holtz was elected to the College Football Hall of Fame. Holtz was married to the former Beth Barcus on July 22, 1961. They are the parents of four children, three of whom are Notre Dame Graduates. A few of Holtz books are Winning Every Day and Wins, Losses, and Lessons.

Tim Goad has been doing ministry, music, speaking, and leadership development for over 30 years. At age 18 he founded and developed a charity that has been active in over 100 countries providing millions of meals, medicines and clothing to millions in need. He developed a leadership program for at risk children in over 20 cities in the U.S. Through this program,

Jack Mckeon was born on November 23, 1930 in South Amboy, New Jersey. He is nicknamed Trader Jack, a former manager in Major League Baseball, most recently for the Florida Marlins. When he retired after the 2005 season at age 74, he was the third oldest manager in major league history. McKeon was named National League Manager of the Year in 1999 and 2003. The latter award was a result of leading the Marlins, who had a record below .500 when he took the job as their manager during the season, to a World Series victory. On October 2, 2005, just after the Marlins won the last game of the 2005 season, McKeon announced that he would not be returning the following season. McKeon is also the author of two books, Jack of All Trades and I'm Just Getting Started. He resides in Elon, NC.

Jon Gordon's best-selling books and talks have inspired readers and audiences around the world. His principles have been put to the test by numerous NFL, NBA, and college coaches and teams, Fortune 500 companies, school districts, hospitals, and non-profits. He is the author of The Wall Street Journal bestseller.

Clebe McClary was raised on a 10,000 acre plantation in the South Carolina Low Country. Young Clebe grew up hunting, fishing and excelling at sports. After fulfilling his dream of becoming a college coach, Clebe had plans to marry a beautiful Southern belle. Life was very good. But only weeks before the wedding (March 26, 1967), Clebe witnessed a startling event on a college campus that changed the course of his life forever - the burning of an American flag by students protesting the Vietnam conflict. Dismayed by the lack of support for the country he loved, Clebe resigned from his coaching position and volunteered for duty in the Marine Corps.

Completing Officers Training School in Quantico, Virginia, First Lt. McClary said goodbye to his bride and became platoon leader of the 1st Recon Battalion in Vietnam. On his 19th recon patrol, deep in hostile territory, Clebe and his unit engaged in hand-to-hand combat with the enemy. Suffering devastating injuries, which included the loss of his left arm and left eye, Clebe continued to lead his men. Clebe's valiant battle with the pain and disabilities that followed is nothing short of amazing. He spent over two years in military hospitals, undergoing over 30 major surgeries and countless hours of physical therapy. As a result of his bravery under fire and the concern he demonstrated for his men, Clebe was presented the Silver Star and the Bronze Star by the President of the United States. Since then Clebe has used his powerful story of courage, determination and strength to motivate audiences the world over. Clebe McClary is living proof that with the right attitude all things are possible.

Dave Anderson is a peak performance author, columnist, trainer and speaker for sales and leadership, Dave Anderson walks the talk of a leader. He has led some of the most successful retail automotive dealerships in the country; most recently heading up a dealership with more than $300 million sales. Dave gives more than a hundred speeches, presentations and workshops all over the world and has delivered his leadership message in 13 countries.

Burke Hedges is an internationally known speaker and trainer with a mission to give everyday people the keys to success in business and leadership. His message is so compelling due to his own past financial struggles, and eventual triumph. In his 20's, Burke was making minimum wage struggling to make ends meet for his family. After reading The Greatest Salesman in The World, Burke was convinced he could do better for himself and his family.

Within six years, Burke earned over $3 million in four separate businesses. Burke then began to speaking in order to inspire other people to take charge of their lives and invest in fast growing business opportunities. With a little positive thinking and a lot of work, Burke believes anyone can achieve their full potential.

Besides speaking, he is an accomplished author whose books have sold more than 4 million copies. Some of his books include Read and Grow Rich, You, Inc., Who Stole the American Dream II, and You Can't Steal Second With Your Foot on First.

National Agents Alliance has always been a fan of Burke's writing; all three of the books listed above are on sale in the NAA Store and highly recommended by Andy Albright. In 2009 during NAA's Leadership Convention, Burke spoke to an audience of over 2,000 about the importance of sound business principles. National Agents Alliance looks forward to a long relationship with Burke.